Visiting Inêz and João: ‘We have a beautiful view from our balcony’

The Portuguese Inês (26) and João (33) live in an apartment in Vleuterweide. With the Vleuten shopping center and the Maximapark around the corner, they have all the important things nearby. Well, almost everything. Their friends and family still live in their homeland, but thanks to the extra bedroom they can happily stay over. “Before this, our parents and friends had to go to a hotel when they came to visit, but now they can stay overnight,” says Inês.

They have only been living in the Netherlands for three years and never thought they would live in this country. Neither João nor Inês knew anyone here at all. João: “It is a beautiful country, with lots of greenery and nature. We secretly had some prejudices about Dutch people. We thought the people would be a bit cold. But everyone turns out to be very nice. That’s a nice surprise.”

The couple met in a Spanish bar in Valencia. There is a map with the exact location in the hallway in their apartment. There is also a photo of them together on the bedside table. They both laugh when they look at it. “This is our first photo together.”

For João it was love at first sight, but with her the feelings still had to grow. “I worked in Spain and Inês had to return to Portugal for her studies. I thought she still wanted to enjoy her freedom, so I decided to let her go,” he says. Inês continues: “He told me this when saying goodbye. I was so disappointed because I wanted to give him this photo because I still had feelings for him.”

Fortunately, the couple made up for it the next day. Because Inês found a job in the Netherlands, João eventually went after her: “I came to the Netherlands for love.”

Text continue’s after the picture 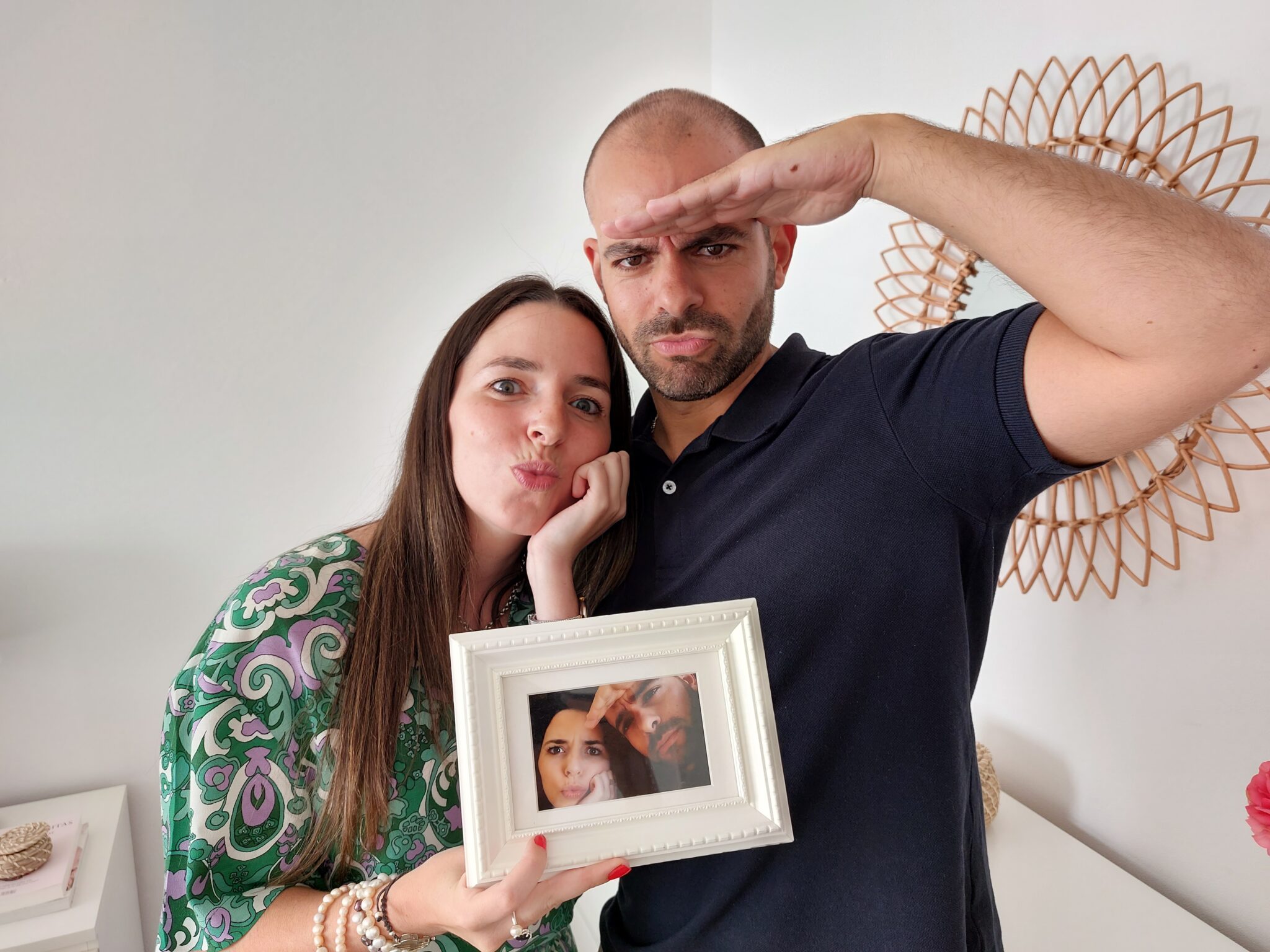 Their first place together in the Netherlands was in an expat home in Leidsche Rijn. The studio they lived in was 40 square meters and had few windows. There was a sort of grille in front of the windows, which let in even less light. “We are used to large houses with gardens from home. And if you consider that we lived here during the corona period, you can imagine how depressed this made us. Inês also worked in care and because of her night shifts she slept during the day. I worked from home and had to whisper during calls because the space was so small.” Thankfully, those times are over for the couple.

Lots of light and space

Unlike their old studio, they now have a lot of light and space. The apartment has a spacious living room with kitchen and large windows, two bedrooms, a bathroom, a separate toilet, two storage rooms and a balcony. Since they are on the top floor, they have beautiful views.

Their favorite place is the living room overlooking the balcony. But they are also very happy with the second bedroom. “We now use this as an office, walk-in closet and guest room. I like the fact that it fits a bed. Before this, our parents and friends had to go to a hotel when they came to visit, but now they can stay overnight,” says Inês.

For both Inês and João, the neighborhood feels more positive than the old neighborhood. “Mostly expats lived there and everyone was more on their own. Mostly families live here and people say good morning to each other. And that is especially nice,” says João.

In addition, they are satisfied with the location of their flat. “The center of Vleuten is a five-minute walk away. We have a supermarket nearby, two restaurants and a cafe. And parking is free, so we now have two cars,” says Inês. Another big advantage is that the Maxima Park is a three-minute walk away, so the couple often walks there. “And the swimming pool is just around the corner, so you can enjoy a swim or participate in water aerobics.”

The only thing missing in the area is the beach. João is from Lisbon and Inês from Porto. Two cities that are both on the beach. To fill that gap, João has some items hanging around the house that remind him of the beach feeling.

When they came to live here, they hardly had to do anything to the apartment. They did buy all the furniture and accessories new. Their style is mainly white and beige with wood and cane. Inês: “We have furnished it completely to our own taste. I got a lot of inspiration from Pinterest. The fact that we have so many light shades probably also has a lot to do with our ‘trauma’ from the previous home,” says Inês.

“This style gives us good vibes and a calm atmosphere. Where can I rest and regain energy? When you’ve had a busy day, you want to come home and shut down mind and body. I think that’s important,” she explains. The house is tidy and there is a wonderful smell. “We just use sprays from Kruidvat and Zara Home,” João laughs.

On the cupboard in the living room is a striking photo of a girl. “This is my aunt. She was about thirteen years old when she died of leukemia. My family believes she is our guardian angel and we all have a picture of her in our house. When we are having a hard time, we pray to her.” João adds: “Did she mention that she also kisses the photo? This photo is so important to her.”

How did she manage to find a bigger apartment in Utrecht? “I accidentally came across a call from a lady on Facebook. We were the first to respond and were allowed to view two days later. About three weeks later we got the keys,” explains Inês. João adds: “We only had to pass on our details such as pay slips, but no other deposit was required.”

-This article is originally published on www.indebuurt.nl/utrecht/ and translated by EMTG- 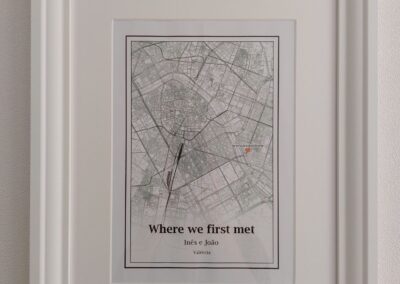 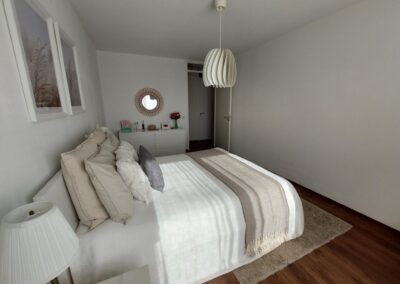 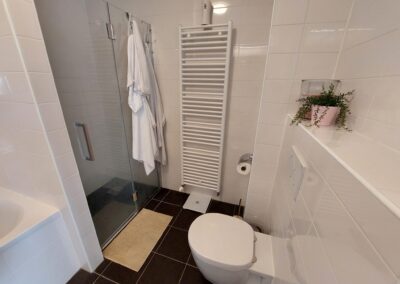 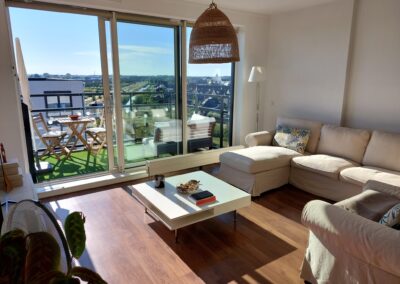 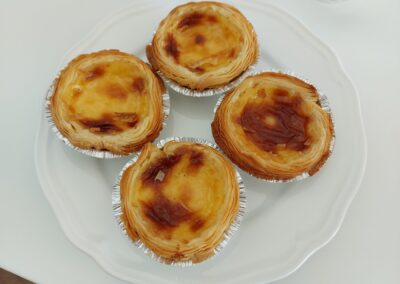 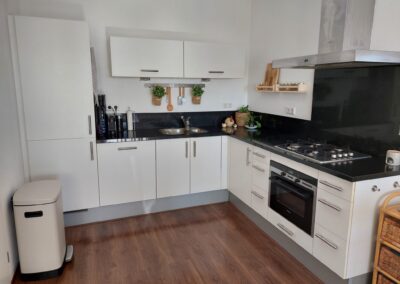 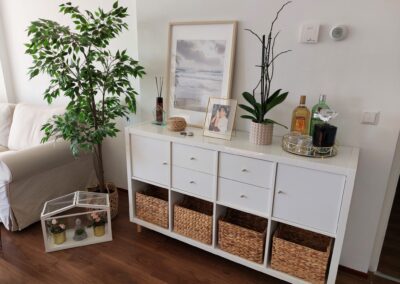 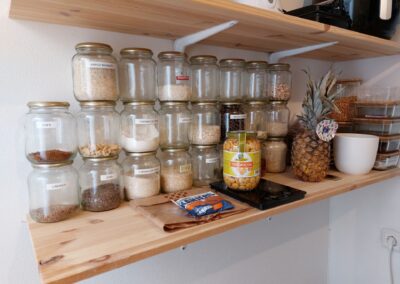 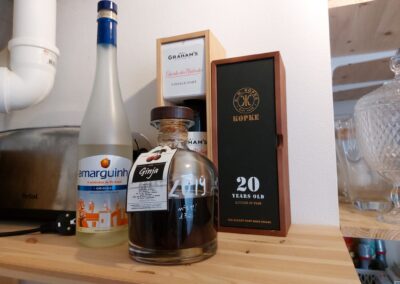